He had a front row seat to cool

My Dad, Tom, was a television cameraman for more than three decades. 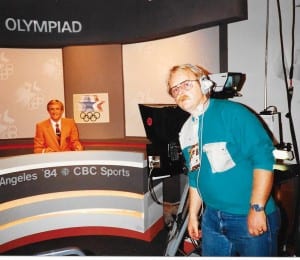 He covered 8 different Olympic Games. He was gone every spring, covering the play by play action of the NHL Stanley Cup Playoffs. He was a part of the broadcast team for countless CFL Grey Cups. He traveled the country and the world doing Indy races, Commonwealth Games, Brier matches, pro golf and more. He was behind the camera when the Pope & Queen came for visits, at G7 Summits & other major news events. He was the play by play camera for pretty much every Oilers game you saw on TV, and many Saturday night HNIC Flames games too. And when he was at home, he was simply the camera guy for the CBC Edmonton 6 o’clock news.

Thanks to ALS, my dad died in 2004 at the age of 57. With all due respect to cancer and the other giant killers, ALS is a shitty disease. It robbed my dad of his ability to talk, walk, eat and man Camera 3, while his mind remained active, alive and still ready to follow the puck. 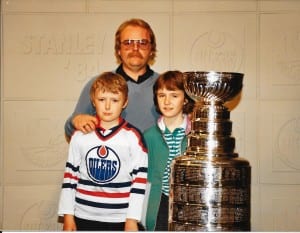 There were the occasional job perks. My Dad got us in to see the Stanley Cup, right before he went to work broadcasting the Oilers first Cup win in 1984.

My Dad was a huge influence on me, as many Dads are with their kids. He taught me how to wear my heart on my sleeve. How quiet types can wield enormous power. How generosity is actually a selfish act. How to be kind and humble, how to camp and how to not throw like a girl. But most importantly, he showed me how to have pride in your work. How to embrace every opportunity to be better.

In the days and weeks following his death, I couldn’t help but wonder if he made an impact on other people too. After the flowers and phone calls stop coming, and others move on as they should, will anyone else remember what he accomplished and the man he was?

Turns out, a few did.

My Dad was the first technician (the very, very behind the scenes guys) inducted into the CBC Sports Hall of Fame. This honour recognizes the broadcasters of CBC Sports who made a unique and lasting contribution to the CBC and the sports broadcasting community. 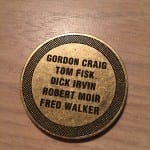 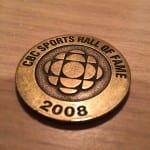 Over the years, inductees have typically been on-camera personalities or senior leaders in the sports broadcasting field. This commemorative coin was given out at the 2008 ceremony when my Dad was inducted. If you aren’t a CBC Sports fan, Irvin, Moir and Walker are all on-camera personalities, while Gordon Craig ran CBC Sports and was the man behind the start of TSN. And they were being recognized alongside my Dad. A camera guy who logged 12+ hour days, hauling cable, setting up and tearing down equipment, all so he could bring the action and these and other on-camera personalities into your home while you sat on your couch. 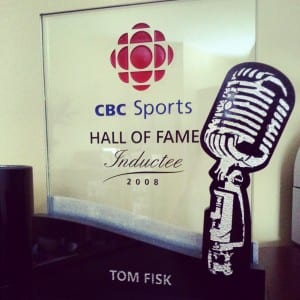 But the greatest recognition came from his peers. Shortly after my dad died, his colleagues came up with the idea of erecting a plaque in my Dad’s honour in the first home of the Oilers, known as everything from The Coliseum to Rexall Place. My Dad was an avid Oilers fan; how could he not be after televising so many games? This plaque went up at center ice, centered in the bowl of the arena, where four TV cameras have always sat. The plaque had a home right beside Camera 3, (the play by play camera) which was almost always my Dad’s assignment on Oilers game nights. 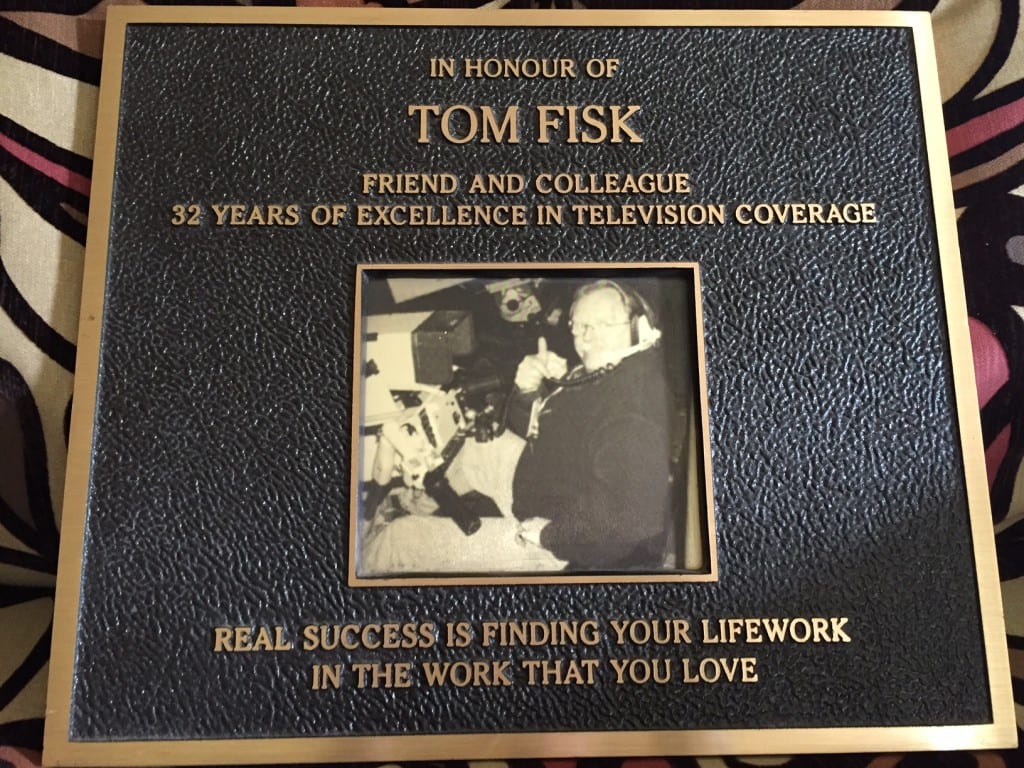 It was no small feat getting this plaque in place, but my Dad’s best camera mates – Tom Whitford, Bruce Becker and others – got it done.

When these recognitions occurred, there was no Twitter or Facebook, and no easy way of sharing the information with the world. I’ve often thought about how unfortunate it was in those moments that I couldn’t publicly share these stories and thank my Dad’s colleagues and friends for their efforts to remember a great, talented man. But now I can share the story, and with this post, I am.

With the Oilers moving to a new building, this plaque has left Rexall Place and has come home to our family. It will always serve as a reminder of how much respect one person can earn. 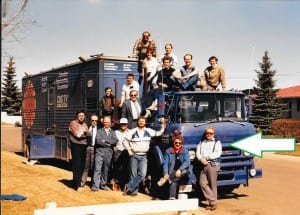 The cool guy up front

44 Comments to He had a front row seat to cool