My favourite books of the last year (or two)

It’s been awhile since my last favourite book list. Admittedly, there was a long stretch when I was hard pressed to find a good book, let alone recommend one.

And then the drought ended and good books started to flow again. Some of the selections below were published this year, while others are a year or two old. Regardless of their birthdate, in my opinion, all are worth the effort.

As you Christmas shop or plan your holiday break read, keep these gems in mind: 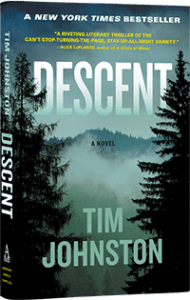 Once I got into this book, I could not put it down. Descent starts with the Courtland family on vacation in the US Rocky Mountains. One morning, the daughter, Caitlin, and the son, Sean, go for a morning run, from which only Sean returns. In the wake of Caitlin’s mysterious disappearance, the members of the family take different, solitary journeys, with the book jumping back and forth between their perspectives and stories. I was held captive by the chapters that slowly reveal what happened on that morning run, and it was interesting how Johnston reconnected the paths of the heart-broken family members in the end.

This thriller, published earlier this year, is a debut piece for Tim Johnston and it has “movie” written all over it. Read it before everyone starts talking about it.

The Pearl that Broke its Shell
Nadia Hashimi 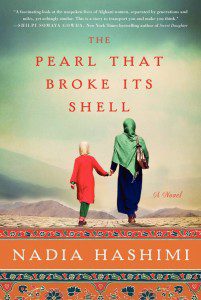 This book tells the stories of two women living in Afghanistan who partake in the custom of bacha posh, which allows parents to disguise daughters as sons, and dress and treat them as men until they are of marriageable age.

Rahima is a young girl in 2007, who enjoys previously unimaginable freedom when her parents allow her to act as their son; she can now go to school, shop at the market and take care of her sisters and family. The book crisscrosses back and forth between Rahima’s story and that of her great, great grandmother, Shekiba, who also was a bacha posh a century ago. But when Rahima can no longer be a bacha posh and is married off to a local warlord, and when Shekiba faces challenges as a male guard at the King’s Palace, their respective struggles with identity and independence come to a head.

The fictional stories of Rahima and Shekiba are emotionally gripping. You will think about The Pearl that Broke its Shell, and the challenges faced by Afghan women today and in the past, long after the book ends. It is a story worth telling, and one worth reading. 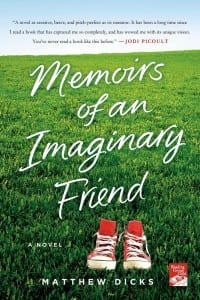 As a kid, I never had an imaginary friend. But I was always a little jealous of the kids who did as it seemed like a smart idea to always have a sidekick in tow.

Memoirs of an Imaginary Friend is a novel narrated from the perspective of Budo, the imaginary friend of 8-year-old Max Delaney. How Budo looks, acts and the powers he has are all a product of how Max initially imagined him. Budo protects Max from bullies, comforts him in difficult times and gets him through awkward situations. But when one of Max’s teachers does the unthinkable, the limits of Budo’s imaginary friend powers are put to the test, requiring him to enlist the support of other imaginary friends in order to save Max.

Books that share perspectives so removed from our own always capture my attention. This novel reminded me of Room by Emma Donohue, which is told from the perspective of a five-year-old who has never been outside of the room in which he and his mom are held captive. Memoirs of an Imaginary Friend entertained me nightly and gave me a new appreciation for the fragile power of a child’s imagination.

The Girl on the Train
Paula Hawkins 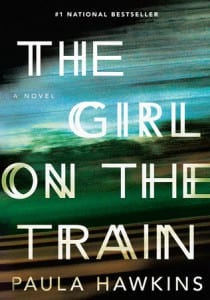 When this book first came out, it was the subject of so much promotion. And as such, I was skeptical.

But when a thoughtful reader whose opinion I value said it was worth a read, I took a second look. The Girl on the Train is a book you will finish quickly because you’ll want to keep reading until the story is fully told.

Rachel takes the same commuter train home every day, passing by the same homes and the people that live in them. One day, Rachel notices the scene in one of these townhomes is different, and later on, she learns on the news that the woman connected to this particular house has disappeared. Rachel inserts herself into their lives so she can learn what happened, falling into a world of deceit, secrets and danger.

This suspenseful thriller is a fun, engaging read. It is mind candy for those times when you simply want to be entertained. Paula Hawkin’s book reminds me of Gillian Flynn’s novels – they are books everyone is reading and talking about, and therefore, you must too. Just make sure you buy the correct book. 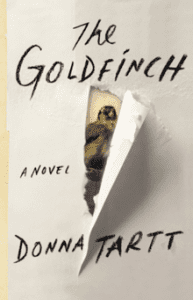 Don’t let the fact this book won the 2014 Pulitzer Prize for Fiction intimidate you.

The Goldfinch is a beautifully written story, told in retrospect by a boy, Theo Decker. As Theo and his mom visit the Metropolitan Museum of Art and her favorite painting, “The Goldfinch”, a terrorist bomb strikes the museum killing Theo’s mom and others but spares Theo. Moments after the attack, in a state of terror and shock, Theo leaves the museum with “The Goldfinch” painting in hand. This seemingly minor action changes Theo’s life path forever.

I won’t lie – The Goldfinch is a big read at 784 pages, and it can be dense at times. But it never disappoints, as Tartt leaves you curious about what Theo will face next.

The last chapter brings Theo’s story, and this book, full circle. The final passage, written by Theo, journal-style, to possible future readers, captures what he has learned about life. The Goldfinch is simply a great story that in the end, forces you to reflect on your own story, just as any good book should.